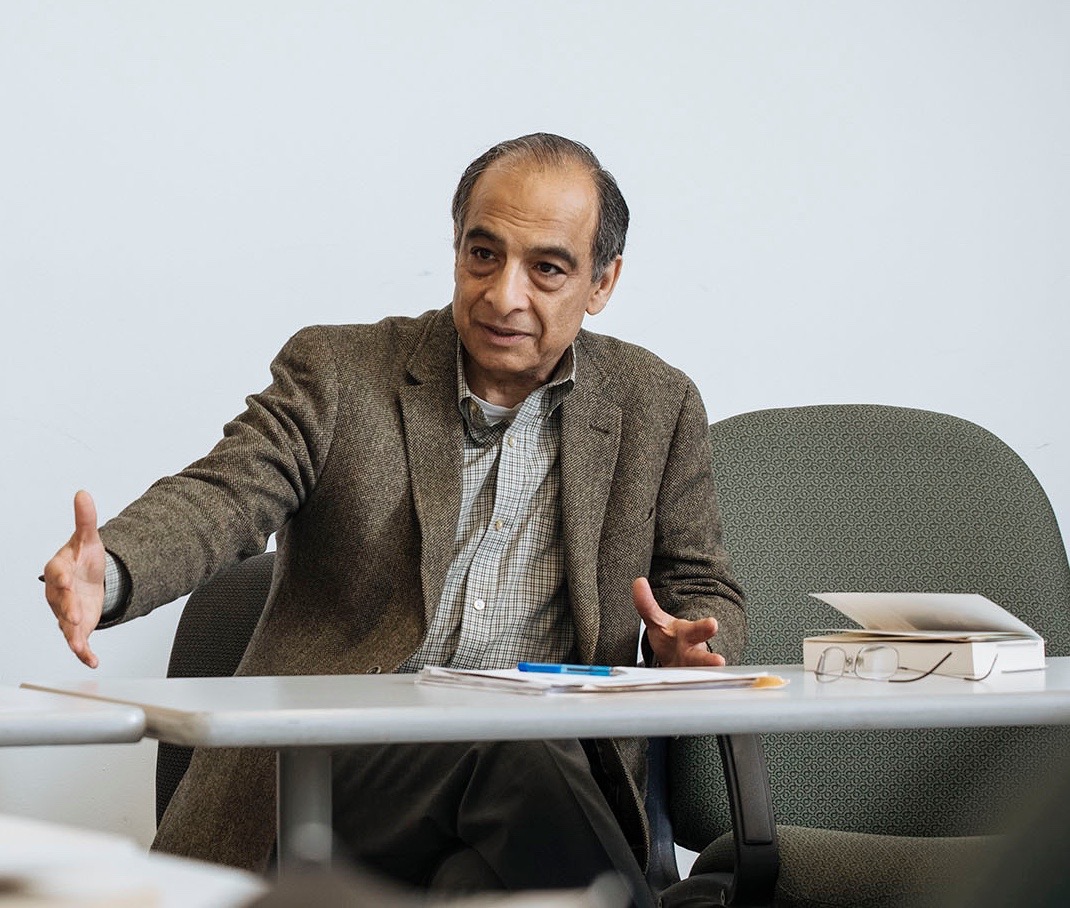 Khwaja is the Ellen Douglass Leyburn Professor of English at Agnes Scott College where he teaches courses in Postcolonial literature, 18th & 19th century British literature, and Creative Writing. He obtained his Ph.D. from Emory University, specializing in Victorian fiction, and wrote his dissertations on the later novels of W. M. Thackeray, Pendennis, The Newcomes, and The Adventures of Philip. He has published four collections of poetry, (Hold Your Breath, No One Waits for the Train, Mariam’s Lament, and Six Geese from a Tomb at Medum), and a literary travelogue (Writers and Landscapes), about his experiences as a fellow of the International Writers Program, University of Iowa, in addition to three edited anthologies of Pakistani literature (Cactus, Mornings in the Wilderness, and Short Stories from Pakistan). He served as translation editor (and contributor) for Modern Poetry of Pakistan (Dalkey, 2011), a project jointly sponsored by the National Endowment of the Arts and the Pakistan Academy of Letters, showcasing the work of 44 poets from Pakistan’s national and regional languages, and has guest-edited a special issue of scholarly articles on Pakistani Literature for the Journal of Commonwealth and Postcolonial Studies. He has also guest edited a special issue on Pakistani poetry for Atlanta Review. His poems and translations have appeared in US, South Asian, European, African, Middle Eastern and Far Eastern publications, literary journals, and anthologies.

A practicing lawyer and visiting professor of law in Pakistan before migrating to the U.S. in 1994, Khwaja has published articles and essays on writers from many linguistic and cultural traditions and on subjects as wide-ranging as literature, economics, history, culture, and politics.

A recipient of special recognition for outstanding creative writing from the South Asian Literary Society (SALA), USA, (2017), the Orient-Occident Arts Laureate award from the Fundația Academia Internațională Orient-Occident, Romania (2021), at the Curtea de Argeș Poetry Festival, and, in October 2022, the Ditët e Naimit Literary Career Award, at the XXVIth Ditët e Naimit Poetry Festival held in Tetova, Macedonia, and Prizren, Kosovo, among other honors, Khwaja regularly organizes poetry readings at Agnes Scott College, including an annual public celebration of poetry as part of the international “100 Thousand Poets for Change” project.

Theme by Anders Noren — Up ↑